Crypto experts had a look at Bitcoin technical indicator signals and noticed that the volatility is about to spike again, so they find this moment ideal to sell volatility.  If you’re a Bitcoin trader, get ready because you’ll soon get the one thing you love the most about the crypto market: high volatility. The technical indicator named Bollinger bandwidth, used to predict periods of low and high volatility or changes in volatility trends, suggests that the Bitcoin market will soon go through a high volatility phase. The specialists calculate the indicator by dividing the spread between the Bollinger bands by the 20-day average of the Bitcoin price. The bands are volatility lines situated two standard deviations below and above the 20-day price. When the standard deviation bands shrink, the bandwidth drops. When the bands expand, their bandwidth increases, signaling a rise in volatility.

Your experience in the crypto market likely tells you that periods of high volatility are always followed by low volatility, which often causes turbulence in the market and impacts Bitcoin’s price. Since June 2022, the Bitcoin market has started to register a volatility drop, and the bandwidth indicator reached its lowest value since October 2022, 0.08.

Is this the right moment to buy volatility?

Contents show
1 Is this the right moment to buy volatility?
2 Making sense of the critical differences between Bitcoin and other cryptocurrencies
3 Blockchain has applications beyond cryptocurrency and its ecosystem
4 Are alternative coins different from Bitcoin?
5 Bitcoin is actually decentralised

Some crypto specialists think it’s too late to exploit high volatility because the derivative contracts that protect against brisk price moves have increased in price. Seasoned traders who expect a big move in one or another direction create a net long volatility portfolio so that their investment becomes profitable when the prices change at a fast pace. They also use a popular strategy that implies buying options because any acceleration in price turbulence would make them struggle to maintain their profitable portfolios. Because the demand for options or derivative contracts increases, they get more expensive.

However, experienced Bitcoin traders employ the mentioned strategy when options are still affordable but expect the market to go through a high volatility stage. They usually sell them when the derivative contracts are expensive – often when the volatility reaches higher levels than historical volatility.

Researchers estimate a volatility increase in the crypto market that will affect all digital currencies. So if you want to decide if you should bet on Bitcoin or alternative coins, you might want to learn more about their differences.

Making sense of the critical differences between Bitcoin and other cryptocurrencies

Bitcoin is in its own league compared to all other cryptocurrencies, and it’s crucial to know the distinction if you want to bet your finances on it during high volatility times. It has opened the path to a new era where individuals and organisations can use a global currency to complete transactions securely, safely, quickly, and with low associated costs.

Satoshi Nakamoto launched the first-ever cryptocurrency in 2008, created as open-source software enabling money transfer. Bitcoin is a cryptocurrency that aims to speed up cross-border transactions and limit governments to control financial operations. Because Bitcoin transactions require no intermediaries, the costs are significantly lower than those associated with traditional transactions. However, Bitcoin isn’t formally accepted in all countries, but traders can use it for several transactions with well-known organisations and sellers. Even if it’s not physically present, it’s a safe and secure payment option, and the Bitcoin price today shows that the first-ever created cryptocurrency performs well even in bear markets. Bitcoin traders rely on blockchain to complete operations because blockchain is a distributed ledger that acts like a security system for peer-to-peer transactions with low-cost fees.

Blockchain has applications beyond cryptocurrency and its ecosystem

If you’re an investor looking for ways to integrate Bitcoin into your organisation’s operations, you can think of blockchain technology as next-generation business improvement software. You can improve your corporate processes with the help of collaborative technology like blockchain because it provides higher returns than traditional investment methods. Financial organisations are looking for ways to explore how they could use Bitcoin and blockchain technology for several operations like settlement, insurance, or clearing.

Are alternative coins different from Bitcoin?

If you read alternative coins’ marketing materials, you’ll notice that they promote themselves as similar to Bitcoin but with extra features that provide the users greater benefits. Altcoin supporters often highlight that Bitcoin is a slow and old digital currency that lacks features like cheap transactions, smart contracts and anonymity. However, Bitcoin developers have revealed the reasoning behind Bitcoin’s lack of some characteristics. They explained that Bitcoin is fundamentally different in technology from the other blockchains because it serves different purposes.

The Bitcoin community knows that the first-ever digital coin focuses on stability and soundness. The developers put these two features first and don’t want to add new ones at the expense of privacy. They’re focused on improving the currency’s goals and preserving the current state of the blockchain, considering the necessary sacrifices they must make to maintain its soundness. Bitcoin was developed as an alternative to gold, and the analogy between the two is often used to point out that it’ll one day become a global apolitical medium of exchange and store of value.

Decentralisation is a buzzword nowadays, used to describe digital assets; however, it’s an untrue property of many cryptocurrencies, even if they claim it. Decentralisation is paramount for those who think world powers are working together to create measures that deny bodily autonomy and limit their freedom. It’s essential because it strengthens a system in hostile conditions. Suppose a digital currency’s protocol is decentralised; then it’ll have no issue withstanding attacks from military forces and antagonistic governments. When China banned Bitcoin mining, the blockchain continued functioning because no government could shut it down.

Some altcoins’ blockchains can go offline for hours to enable developers to improve or fix them, which means they’re not decentralised. In these conditions, the traders’ funds are susceptible to the evolution of internet service providers. Bitcoin is actually decentralised because it has ledger copies spread worldwide. 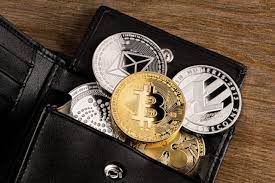 Bitcoin is a unique digital asset traded like a traditional currency and like a commodity. Moreover, it can be an excellent tool for businesses needing to deal with their cash quickly and securely. If you are looking to accept Bitcoin as a payment method, there are a variety of different online brokerages that you can… 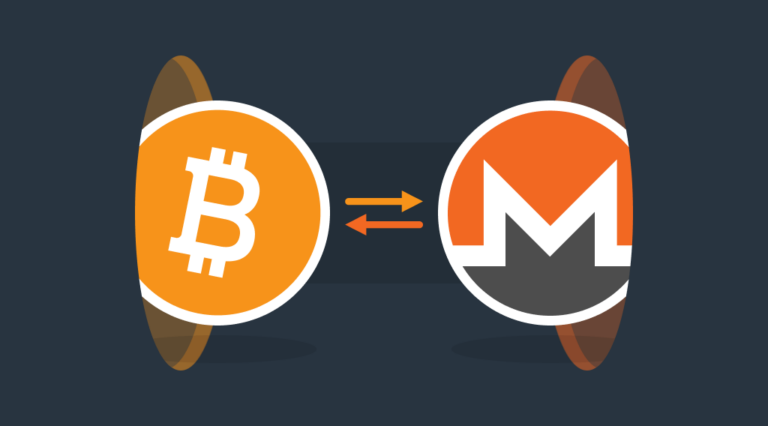 How to Swap BTC to XMR With Maximum Profit Bitcoin (BTC) is the oldest cryptocurrency on the market that was supposed to offer anonymity to its users. However, Bitcoin turned out not to be completely anonymous — each transaction can be traced back to its participants, and with a bit of hacker effort — to their… Putting resources into the Crypto Currency market space can be somewhat overwhelming for the conventional financial backer, as putting straightforwardly in Crypto Currency (CC) requires the utilization of new instruments and embracing a few new ideas. So assuming you in all actuality do choose to dunk your toes in this market, you will need to…