Snapchat is a great place that has many features. A few months ago, it was discovered that Snapchat accounts could be locked.

Recently, the Spotlight feature was introduced and so many things are coming up.

If you’ve ever seen the “pending” message next to a Snapchat DM, don’t worry – you’re not alone.

Many people are confused about what this term means. Today we’ll answer the question:

“What does pending mean on Snapchat?” There are several possible reasons why you might see this message.

Where does Pending Appear on Snapchat?

Contents show
1 Where does Pending Appear on Snapchat?
2 What does Pending Mean on Snapchat?
3 Reasons Why You Have Encountered “Pending” on Snapchat
4 1. Your Friend Request Isn’t Approved
5 2. You Have Been Unfriended
6 3. You Are Blocked
7 4. Your Account Is Restricted By Snapchat
8 5. They Have Turned Their Account Private
9 6. Snapchat Glitch
10 How To Fix “Pending” On Snapchat?
11 1. Check Your Network Connection
12 2. Send Streaks To Other Friend
13 3. Connect With Your Friend On Other Apps
14 4. Cancel The Request & Send It Again
15 5. Forget About It
16 Wrapping Up

You can see “Pending” on your friend’s profile or in a chat with them.

It usually appears as a grey icon with an arrow which can be confusing given that it seems to suggest the nature of the relationship between your contacts, so perhaps you are wondering what this word means and why it might appear when messaging someone?

We have provided the answer to “what does pending mean on Snapchat?” if you have experienced the same issue.

What does Pending Mean on Snapchat?

If you see the word “pending” next to a snap or message you’ve sent on Snapchat, it means that the app couldn’t deliver it.

See also  How to Use an Instagram Followers Hack

Even if you see “delivered” underneath your streak, there will be a grey icon below it indicating that the person hasn’t added you as a friend on Snapchat yet.

There are other potential reasons for why your Snapchat may be pending. We’ve listed some of the most likely causes below.

Reasons Why You Have Encountered “Pending” on Snapchat

Now that you understand the meaning of “pending” on Snapchat, it’s time to investigate why this status appears next to your friends’ names in chat.

What could be causing it? Below are some explanations for this phenomenon.

If someone has not accepted your friend request on Snapchat, it will say “Pending.” This could be because they missed the request or are ignoring it.

The person will not be able to see any streaks you have sent them until they accept the request.

2. You Have Been Unfriended

The second reason you might see a “Pending” message on Snapchat is if the person you’re trying to reach has unfriended you.

If you were friends with them for a long time and now see a grey arrow next to their name, that means you are removed from their friend list.

If you want to check if someone has removed you from their friends’ list on Snapchat, you will have to visit their profile manually as Snapchat does not send out notifications for this.

You may be blocked by someone on Snapchat without even knowing it.

Since Snapchat does not notify users when a friend blocks them, this could be one of the reasons why you are seeing “pending” next to some usernames.

snapchat will restrict your account if you have violated their policy or harassed someone on the app.

this means you won’t be able to send messages or streaks freely.

before long, you’ll see a lot of “pending” notifications on snapchat.

If your friend used to have a public Snapchat account but has since turned it private, you will need to send them a friend request in order to continue sending streaks.

Until they accept your request, there will be a gray pending arrow next to their name on your streaks list.

If you see a pending arrow next to a snap, it means that the person hasn’t received it yet.

This could be due to a glitch or an error on Snapchat’s part. If this is the case, wait for a while and try opening Snapchat again.

How To Fix “Pending” On Snapchat?

We are going to do everything we can to fix your problem.

By now you should know what it means when something is pending on Snapchat, and what the reasons behind it are.

It’s time to take care of this issue.

Sometimes the pending status occurs on snapchat due to network issues.

To fix it, check your internet connections and make sure everything is working properly.

If you’re using wifi, try turning it off and then back on again.

You should also check your mobile network settings to see if anything needs to be changed there.

2. Send Streaks To Other Friend

3. Connect With Your Friend On Other Apps

If you need to get in touch with your friend urgently, try messaging them on other popular social media platforms, and send any relevant photos through those channels too.

Make sure to tell them that you’ve also sent a request on Snapchat, so they know to check for it.

4. Cancel The Request & Send It Again

It’s possible that the person you sent a friend request to didn’t see it or forgot about it.

If you think this is the case, you can try cancelling your request and adding them as a friend again.

If they know who you are, they will accept the request, but if not, there’s not much chance of being on their friends list.

If someone isn’t responding to your requests, you can assume they’re not interested and move on.

There’s no point in continuing to try when it’s clear the other person doesn’t respect your effort.

It’s better to just be alone than waste time on someone who isn’t interested.

Now you know that if someone appears as pending on your Snapchat it could be due to a glitch or if they have blocked you.

If you want to try and fix the issue, you can uninstall and then reinstall the app.

Keep in mind though that you will have to sign back in with your credentials. That concludes this article on “What Does Pending Mean On Snapchat? 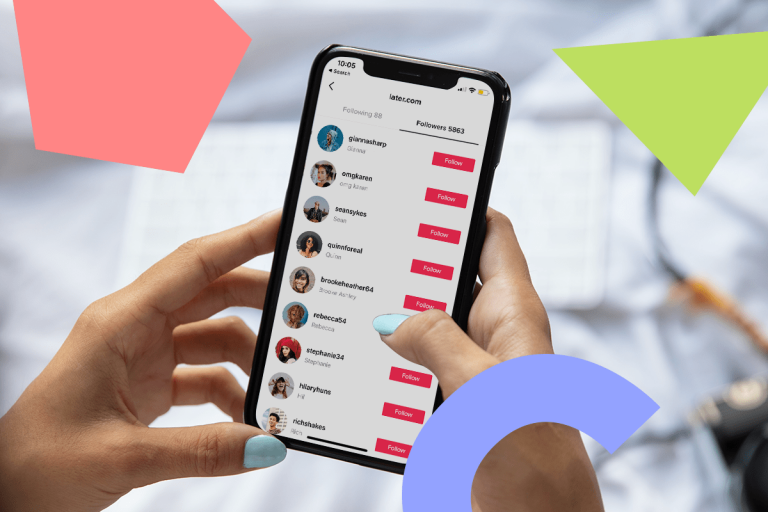 Short Intro Nowadays, Tiktok is an excellent supporting tool for marketing because it is the platform where you can create videos and engage the audience. Also, as a marketer, you need to make several efforts to win the audience’s heart to make them purchase your product. It will result in likes and views on TikTok… 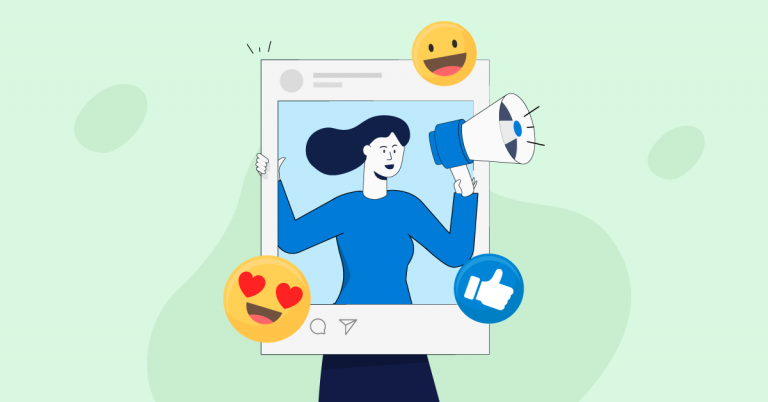 Social media has changed marketing forever. Online ads and influencer marketing is the new path almost all brands are taking. But how does it work, and is it good for you?  Choosing the right audience and influencer can be crucial to making a difference. For example, people who aren’t interested in getting a new internet… Are you thinking of going out with someone you met online? If so, it is important to do your research first. You don’t want to end up on a date with someone who is nothing like their social media persona! This article will teach you how to research someone on social media before going on… Forensic Investigation Findings Released  Bradbury, Washington, D.C. Regardless of whether reading websites, government reports or official government press releases, one myth has been the long running approved party line, “there is no such thing as election fraud.” However, the public at large feels (knows) different and even if journalists go out on a limb with… 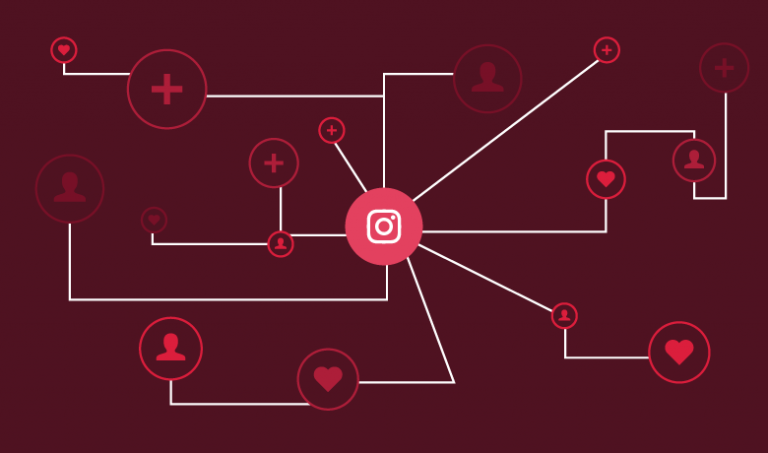 Many small and medium enterprises have realized the enormous potential of their company’s growth by using social media, specifically Instagram. In this digital age, most people spend a ridiculous amount of time online. It’s not surprising to see people hunched down and looking at something on their mobile devices anywhere you go.  On average, internet… 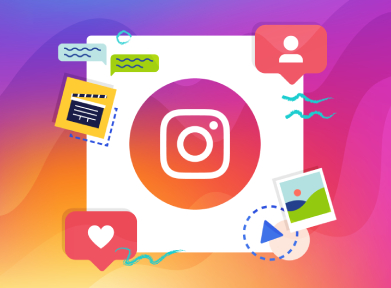 Instagram stickers are a fun and dynamic graphic element that opens up a new digital recognition and engagement world. Regardless of the niche or industry, it offers more opportunities for brands. When you upload photos or videos, customize the Instagram stickers in your posts, interact with customers with your brand and make them purchase your…