The moment we realize it’s the end of October, a sudden feeling of joy plunges in. Why? Because it’s time for the Halloween season across the globe. While trick or treat is a popular tradition of North America, there are still many underrated festivities for halloween around the world.

Despite the conflicts, we cannot deny the fact that America has adopted the traditions and culture of this festival really well. That said, people from different countries and even continents fly here with Avianca Airlines, Copa Airlines and American Airlines to name a few, especially, to witness the celebrations. Additionally, being the voodoo state of the USA, Louisiana portrays the best halloween celebrations in the country. So, quickly take cheap flights to Louisiana, and witness the incredible celebrations there.

Why Is Halloween Celebrated?

Halloween has been celebrated for more than a thousand of years now. Although people take it as a day for partying and enjoying; it is originally known as a religious day. In the footsteps of All Saint’s Day, the birth of Halloween took place. In other words, this day is celebrated to remember the dead family, friends, martyrs, and saints(hallows).

However, the reason why people dress up as ghosts and zombies is because they believe that on Halloween Day, dead souls return to their homes. So, to scare them off, people started dressing up and even applying ghost makeup on their faces.

The history of Halloween celebrations dates back to the 7th century, when Pope Boniface IV created a festival named All Saint’s Day which was originally celebrated on May 13th back then. However, a century later, Pope Gregory III moved this holiday to 1st November as an alternative for the pagan festival, Samhain. In this way, a day before the saintly celebration became All Hallows Day or Halloween.

See also  Dubai creek place: The most luxurious homes and workplaces in Dubai

Moreover, if you’re thinking that the festival originated in America, then a big NO! It was actually born in Celtic regions of Ireland, France, and the United Kingdom. However, it rapidly gained popularity, which remains till date.

As for America, the first American colonists boycotted the festival, because of cultural and religious reasons. But soon after, it made a huge place even in the hearts of Americans, especially North Americans.

By the 1800s, the celebrations of Halloween around the world became a big deal, and with that came unusual yet exciting traditions for this day. Moreover, many new trends started emerging when Irish people migrated to different parts of the world. This series of migration allowed the countries to welcome diversified culture and unique Halloween festivities.

Such Irish-brought traditions gave popularity to trick-or-treat culture when they introduced the customs of “guising,” to the world. By the 20th century, trick-or-treating became so popular that even now, it’s the favorite part of Halloween for kids and even young adults. That said, Halloween Day is the biggest holiday in the United States with around $2.5 billion candy sales each year.

Talking about Halloween around the world means a unique series of festivities and celebrations that make this day even more beautiful. So, let’s find out what these horrifying yet fun-filled festivities are.

Ireland and Scotland have a major role in the birth of the original Halloween. Placing a substitute to Samhain(Pagan festival), this festival was created. In addition, here you will find a bunch of Western Halloween traditions. This carnival is celebrated with a belief that for one night, the line between the world of living and dead dissolves; and dead spirits freely walk the streets of living land. So, to scare them off, people started dressing up like ghosts and skeletons. Plus, people started going from one house to another asking for food.  The souls of the good spirits are honored by feasts & bonfires, while evil spirits are scared off by lighting Jack-O’-Lanterns.

In Italy, people celebrate Halloween with imported traditions mixed with the ancient Italian Ognissanti festival. In addition, Ognissanti translates to All Saints Day, with celebrations beginning from the end week of October. The culture of this festival includes a belief that the dead people come to the land of living. In this way, they decorate the cemeteries with flowers and leave food for the spirits. Surprisingly, in many regions of Italy, parents keep gifts for their children on behalf of their dead relatives.

Halloween around the world is considered as a festival for kids and youngsters, but not in Japan. In this country, Halloween has more of an adult tone than you’d imagine. Unfortunately, there’s no trick-or-treating but on the good side, there are plenty of cosplays and events associated. One of such festivities includes the Kawasaki Halloween Parade, where more than 4000 costume revealers take part.

Halloween is of little importance in Mexico. Instead, they celebrate: Dia de Los Muertos (Day of the Dead) festival, to pay tribute to their dead family/ friends and ancestors. In this celebration, they decorate altars with skulls, flowers and photographs of the deceased ones. Further, they also paint their faces as calaveras(skulls), to let their dead family believe that they still remember them everyday.

Like Mexico, Guatemala also observes Halloween as a part of Day of the Dead celebration. To elevate the magnificence of Day of the Dead, the country added a sprinkler to it i.e.Giant Kites Festival. To honor the departed family and friends, they build giant, colorful kites from organic materials and fly out in the cemeteries. Such Halloween traditions are an ancient form of Mayan civilization, and will take you back 3000 years.

Americans celebrate Halloween in a very modest manner. Adopted from European culture, it has become the most beloved festival of the nation. Festivities begin a week before 31st October(official Halloween day). Kids and young adults dress up like ghouls, goblins, and other scary movie characters to attend parties and events lined up for the festival. On the other hand, the very famous trick-or-treat rituals enlighten the streets. Kids dressed up in scary costumes walk from door to door asking for treats. Besides, if no treats are given, they play a trick or two and run away further for more candies.

Being one of the original birthplaces of the Halloween celebrations, the United Kingdom has its own way of celebrating this festival. The festivities include partying and enormous events, with everyone dressed up as ghosts, skeletons, and other scary figures. Others also gather up to watch horror films with their families and friends. Further, the kids roam out in the streets for trick-or treating rituals and collect candies.

Festivities in China are mostly the same as in North America. While the expat communities follow the traditions and customs of the USA, others follow halloween customs like Mexico. In other words, China has their own day of the dead festival- The Hungry Ghost Festival. In this festival, Chinese people light candles and sing prayers to honor the good spirits and ward off the evil spirits.

Around ten years ago, Malaysia decided to ban Halloween as they believe it’s a Christian festival and shouldn’t be celebrated by muslims of Malaysia. Since the percentage of Muslims is higher in the country(61.3%), the community decided to boycott the Christain tradition. Being a Muslim community, they believe that Halloween is a day of dead people; and the Holloween traditions, culture are against the preachings and believes of Islam.

Furthermore, the Country National Council of Malaysia issued a statement saying that Halloween around the world has erupted a series of traditions, which includes humor as well as horror to honor the dead people. Such festivities affect the living being and should be completely ignored by us i.e. muslims. In metro Atlanta, there are a lot of options for affordable billboards that will help you reach thousands of potential customers every single day. This is one of the most cost-effective advertising methods that will also help your business build brand awareness and increase revenue. Whether you’re looking for a national or local exposure, there’s… A Unique kind of restaurant that became popular in India due to the growing demand for the Indian cuisine outside India. The restaurants offer a refreshingly different and unmatched experience for people who visit their premises. By visiting this type of restaurant, you can literally get away from it all and enjoy an eat-out with… 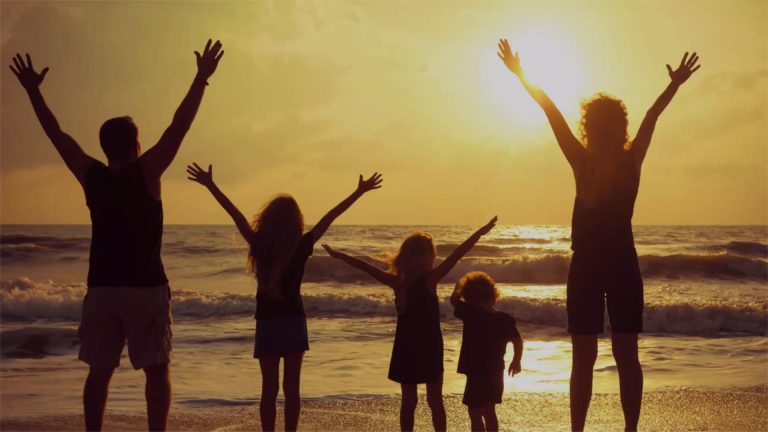 As the weather gets warmer, the days get longer, and we find ourselves with a little more free time. What should you do? There are many options for spending your summer days. These include going to the pool, hiking, playing outside, or even staying in your backyard.  There are multiple ways to enjoy family time,… Ladakh is renowned for its awe-inspiring landscape, craggy mountains, offbeat trails etc. However, cold deserts and huge glaciers determine the topography of Ladakh but, do you know this place is more pleasant and easy to access during summer when temperature ranges between 22-32 degrees celsius. Besides experiencing cold weather, one also gets an opportunity to… 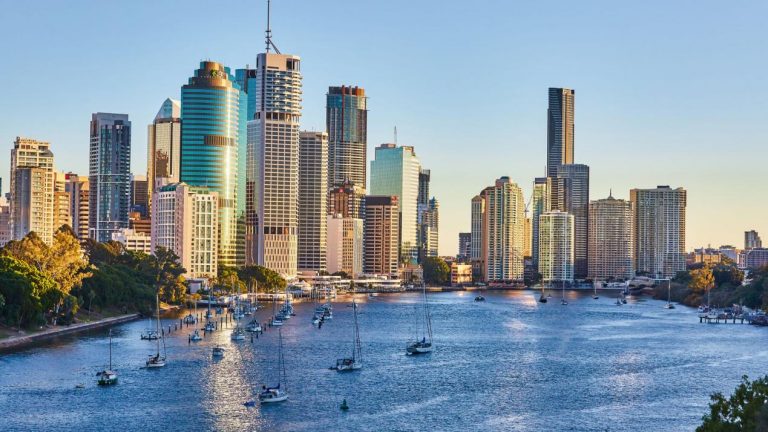 There is only one problem for those who intend to study and live in Australia: deciding which city to go to. Really! The country is so fascinating and there are so many exchange programs that it is difficult to choose the coolest destination to spend this unforgettable period. However, to help you with this dilemma,… 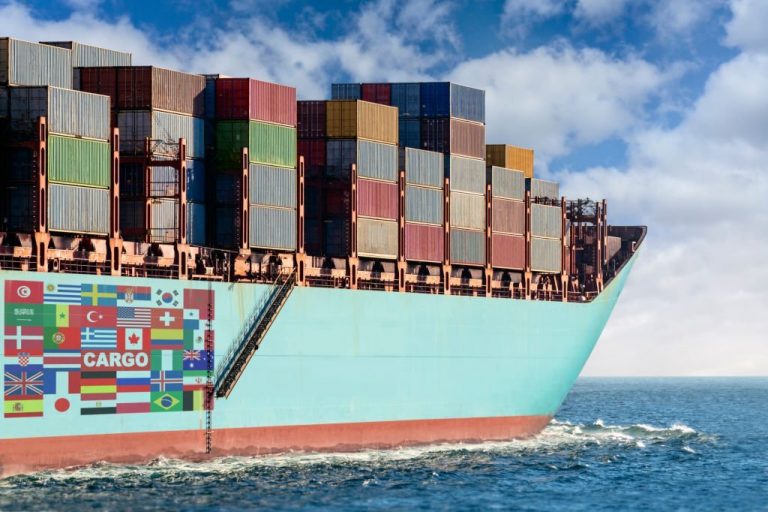 Want to get your product shipped internationally but don’t know the best way to do it? International shipping provides you with the best of both worlds: a seamless and convenient process for air freight shipping and container shipping. With Shipping, you can transport anything from a single package to multi-container shipments. And if you’re not…